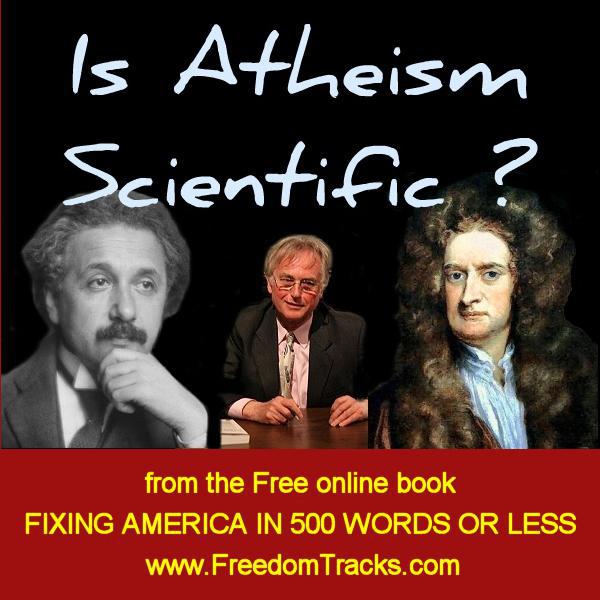 Historians say no one knows for certain who designed Stonehenge or exactly how it was constructed. However, scientists have long assumed someone created Stonehenge, rather than proposing it randomly appeared.  This is the most likely conclusion based on the observable evidence. Historically, what science “believes” is what appears to be true, unless and until proven otherwise.

Descartes first principle of philosophy, science and reason states: “Accept nothing as true that is not self-evident”.  And, the history of science tracing prior to ancient Greece on into the present, clearly represents a history of belief based on self-evidence.  What humans call "science" when applied correctly, remains what is evidently true based on the known evidence.

Pretending “science” is somehow different than belief in God is an obvious lie.  Just as scientists “believe” in black holes and invisible light based on mirrored evidence, much more so mirrored evidence of our Creator is overwhelmingly self-evident.  Just as the burden of proof remained on Copernicus to overturn what otherwise appeared to be true, the burden of proof remains on atheists, as all known evidence indicates the opposite conclusion.

Basic to wisdom, education, reason and survival itself, is to try to understand and separate what is really true, from whatever fiction the cultures and religions we are born into claim is true.  As Jesus implied, if we don't know what is true, we have no hope of being free.

Some claim to be "agnostic", as if this insulates them from providing evidence.  Those saying there is no God, probably no God or might be no God, are trying to sell the rest of us the greatest of all human superstitions, that the universe either did or could have magically randomly appeared.  Such positions, however far-fetched, require supporting evidence, the same as any other claim.

A virus is several powers of ten larger in comparison to us, than we are compared to just the known universe.  Pretending there is no God is like a virus inside of a microbe hiding under a microchip inside of an ivory computer tower, pretending the computer magically randomly appeared and self-assembled, only infinitely more preposterous.

Is atheism scientific?  You decide.